“Happy release day to the wonderful and talented Kathryn Mattingly! Kathryn has an amazing collection of literary titles that you don’t want to miss. You can find her new release, The Tutor, and all of her books in both print and eBook anywhere books are sold.” ~Winter Goose Publishing~ Visit her Amazon Page:  http://www.amazon.com/-/e/B00EILN6YE 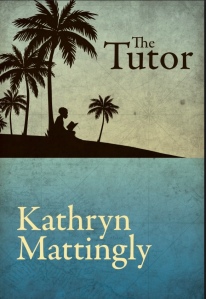 In The Tutor Natalie flees San Francisco with her son Matti, whom she suspects was traumatized by witnessing his father do something unthinkable. The socially challenged adolescent becomes mute. Escaping to the island of Roatan, Honduras, with a former student of Natalie’s allows her and Matti to start a new life. The boy slowly learns the ways of the island and begins to heal. Natalie becomes passionate about empowering island women through her tutoring and falls in love with a man hiding his true identity, until one day Matti’s father discovers where they are and the truth come spilling out.

“In her trademark descriptive style, Mattingly paints a vibrant world of crystalline beaches, colorful people, and a vivacious culture. She is an artist at character development and giving the reader an adventure-filled story…” Sarah Reichart, author of the Destiny paranormal series The Beautiful Stuff

In Olivia’s Ghost Jackson and Olivia Porter’s daughter Ava is thrown overboard during a squall on Puget Sound. In a flash of lightning Livy sees a nearby boat pull someone from the water and believes their daughter was rescued. Jackson thinks his wife is mentally unstable and falls into dysfunctions of his own. Their marriage is soon torn apart and Livy flees to the Oregon Coast where she encounters a legendary ghost-child in the lighthouse manned by her father. She fears Jackson is right about her mental instability when she bonds with the ghost, who has a message about Ava. It is as if the squall from nowhere came to reside within them, as life unfolds into nightmares of their own making.

“An immensely talented writer, Kathryn Mattingly (BENJAMIN, JOURNEY), has a new novel out. I was lucky enough to get an advance copy of OLIVIA’S GHOST and can say this is an absolute must read…” Joseph Falank, author of An Unexpected Visit & Seeing www.josephfalank.com 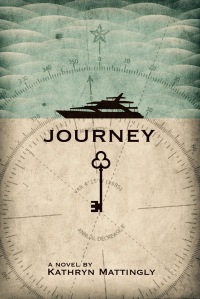 In Journey, Kylie Hudson revisits a past that haunts her while fearing a future that seems unclear. Her runaway teenaged sister has met an untimely death, and her few possessions have been delivered in a teakwood chest. An enclosed letter reveals that her sister has a young daughter. Kylie wants to adopt her niece, but first she must uncover who the father is. She seeks out the doctor who sent the chest. He lives on a boat in Maui and is also a published poet. Kylie is soon inexplicably drawn to this man, which further threatens her already troubled marriage.  Caught up in a web of secrets and lies about her sister’s past and her own present, Kylie must sort it all out to move forward.

“Journey is about truth and lies, about relationships and life’s surprises. Reading Kathryn Mattingly’s work is like digging in a goldmine as word-by-word the reader uncovers more about what happened in the past to affect the present and shape the future of these very real and complex characters. This book makes you think. This book is what literature is all about…” Ina Schroders-Zeeders, author of Veritas, Amor & Roads inaweblogisback.wordpress.com 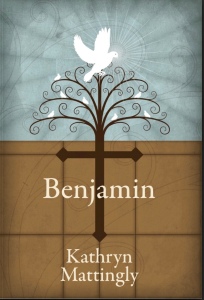 In Benjamin Victoria Agostini has a brief affair with a man who exits her life as mysteriously as he entered it. She makes the difficult decision to have Daniel’s son and raise Benjamin alone. It soon becomes evident her son has unusual gifts. Through a dramatic set of events the boy’s special abilities lead her back into Daniel’s life. Soon thereafter a man named Peter lands on her doorstep and claims Benjamin is his, hoping to profit from the boy’s talents. Victoria struggles to understand whether or not Daniel and Benjamin are mere mortals. The only thing she knows for certain is that she must protect them from exposure by Peter, whatever the cost.

“By turns poignant and shocking, Benjamin is at once a literary romance and a contemporary thriller, rife with spiritual themes and stunning plot twists. A must for readers who delight in a dramatic situation from which there is no apparent escape…” Eldon Thompson, author of Legend of Asahiel series http://www.eldonthompson.com

“These stories are a fascinating look at how to shred love and sprinkle it over the ashes of those who dared to destroy it. If you are so bold as to open the binding and walk into the lives of these characters, you will smile a lot… and maybe stare at the ceiling come 3am…” Rene Villard Reid, author of  Finding The Magic

Kathryn lives on a mountain in Central Oregon where she divides her time between enjoying nature, penning her next book, and teaching writing at the local college. Five of her short fiction pieces and one of her novels have received recognition for excellence. Aside from her novels and short story collection with Winter Goose Publishing, her work can be found in several print magazines and numerous small press anthologies. You may email her at: kmattinglyauthor@gmail.com

4 thoughts on “The Novels”